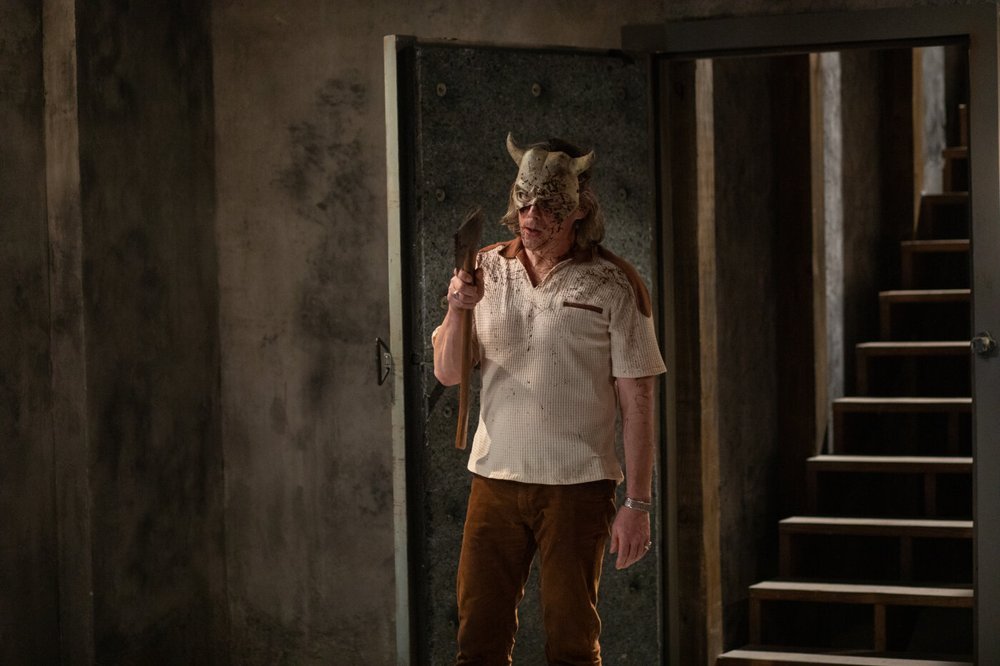 Each of Ethan Hawke’s roles as a bad guy seems to be better than the last. The next one in line is the Black Phone. The supernatural Blumhouse horror movie comes out this summer. It is directed by Scott Derrickson (Dr. Strange, The Exorcism of Emily Rose), and it is based on the 2004 short story with the same name by Joe Hill. In addition to Hawke, Mason Thames, Madeleine McGraw, Jeremy Davies, James Ransone, and E. Roger Mitchell all play important roles in The Black Phone.

The story takes place in 1978 and is about a teen boy who is taken by a mysterious magician, only to find out that he is not the only one. Soon, he is able to talk to the other young kids held by the same man through a broken phone in the basement where he is being kept. Hawke, as the cruel magician and kidnapper who is terrorizing the town, is, of course, the bad guy in the story.

If The Black Phone is as scary as it sounds, it could be the scariest movie of the year. So, let’s find out where, how, and if you can stream the supernatural horror thriller.

Is The Black Phone in theaters right now?

The Black Phone was first shown at the Fantastic Fest, Tribeca Film Festival, and Overlook Film Festival in September 2021. The movie was supposed to come out in January and then February 2022, but it was pushed back. The Black Phone will finally be in theaters on Friday, June 24, 2022.

Is it possible to watch The Black Phone online?

It looks like The Black Phone will also be available on digital platforms, but not right away. At least the first 45 days after the movie comes out, it will only be shown in theaters. After that, the horror thriller should be available on Peacock, which is Universal’s streaming service. We don’t know for sure yet, and it could be three to four months after the movie’s premiere in theaters before it’s available to stream, which would be around fall 2022.

Can You See The Black Phone Without Peacock?

It depends. The only way to see The Black Phone right now is in a theater. But if you don’t feel safe going to the theaters yet and would rather watch the movie at home, you’ll have to wait a few months until (hopefully) the movie is available to stream on Peacock. So, yes, you can see The Black Phone right away in a theater near you, and no, you can’t stream it anywhere else.

Universal’s streaming network is called Peacock. If you sign up for the app, you can watch a lot of TV shows and movies for free. But you can only watch original shows if you pay for a premium subscription. For a monthly fee, it is easy to sign up for Peacock Premium or Peacock Premium Plus. The premium plan costs $4.99 and has ads. The premium plus plan has no ads and costs $9.99. Peacock’s streaming service is also available on Amazon Fire TV, Roku, Apple and Android TVs, and gaming consoles.

When will The Black Phone be available to rent or buy?

As of right now, Universal Pictures hasn’t said anything about when The Black Phone will be available on VOD. When it comes to DVDs and Blu-Rays, the physical copies usually come out a few months after the movie comes out in theaters. You can also expect the DVDs of The Black Phone to come out around the same time, which could be the same time as the digital release.

Watch the trailer for The Black Phone.

Universal has released two official trailers for The Black Phone, one from October 2021 and another from April 2022. The plot of the movie is shown in both trailers, and both seem scarier than anything else you’ve seen this year.

The first trailer for The Black Phone tells the story of the movie and introduces you to Hawke’s Grabber, who looks like a creepy magician but is actually a masked kidnapper and serial killer. You also get to see Mason Thames, who plays the main character and victim Finney Shaw, and Madeline McGraw, who plays his sister Gwen, who seems to be a very important character in the grand scheme of things.

See more in the trailers. Grabber’s character might remind you a little bit of Pennywise, but The Black Phone seems to be more of a thriller than a supernatural story as a whole. So, there will be a lot of scary parts that will make you want to jump out of your seat.

What’s up with The Black Phone?

The Black Phone is based on a short story by American writer Joe Hill with the same name. The story is in a collection of short stories called 20th Century Ghosts. In the book, Al kidnaps a 13-year-old boy and takes him to a room in the basement, where he sees a broken black phone on the wall.

When the phone rings, he hears the voices of people who were taken by the kidnapper and are now dead. The plot of the movie is pretty much the same as the book’s, but the characters and the story are more dramatic. From what we’ve seen in the ads for the movie, the Grabber gets a lot of attention.

In 1978, Finney Shaw and his sister Gwen live in a small town in Colorado. They notice that a lot of posters of teenagers like them have gone missing. Finney meets a creepy-looking magician on his way home from school one day.

The magician kidnaps Finney and takes him to the dark, dungeon-like basement of an old house. Finney finds a broken black wall phone that rings at night for some reason. Soon, Finney finds out that he can use that phone to talk to Grabber’s dead victims (most likely killed by Grabber). These dead kids try to help Finney get away, but Finney’s kidnapper always wins. In short, The Black Phone is an escape story with paranormal and slasher elements, and we can’t wait to see how it goes! 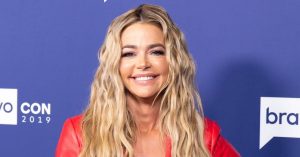 Next post Denise Richards made $12 million in her career.