Antonio Brown, who left a Buccaneers game in the middle of this year’s season in a big way, has been accused of hitting his ex-girlfriend in Tampa.

Thursday afternoon, Tampa police went to the former Buccaneer’s home in South Tampa to arrest him for domestic violence, but he wouldn’t come out.

Aaron Mesmer, a reporter for FOX 13, says that the police left the house without Antonio Brown, who is thought to still be inside. A legal expert said that it’s not unusual for police to leave after trying to get a warrant, especially if they don’t want to make things worse, can’t see him in the house, or are trying to talk him into giving himself up behind the scenes.

#BREAKING: @TampaPD attempted to serve an arrest warrant on former #Bucs WR Antonio Brown at his South Tampa home for domestic violence. He refused to come out. Police have since left without him. He is believed to still be in the house. See quoted tweet for accusations. https://t.co/duF3pfNook pic.twitter.com/17dtOAOtvf

After an incident on Monday at a home in South Tampa, police in Tampa said that an arrest warrant had been issued for the 34-year-old. Detectives said that Brown got physical with the woman after he threw a shoe at her during an argument.

#DEVELOPING: Former Buc WR Antonio Brown accused of domestic violence. According to court docs, mother of 4 of his kids says he locked her out of her Tampa house, tossed out her belongings, threatened to shoot her, threw a shoe at her, then refused @TampaPD request to come out. https://t.co/gic8WMdAtV pic.twitter.com/nHnHqKwGPf

On Monday, the police were summoned to the residence. Court records don’t list an address, but that’s where Brown’s ex-girlfriend lives with their four kids and one of Brown’s other teenage sons who is not related to the family.

The woman was struck in the ponytail by a sneaker that the perpetrator hurled at her after leaving the residence, according to the police report. The individual wasn’t wounded, but she believed the shoe was for her head. The suspect wouldn’t open the door or go outside so officers could talk to him. During this incident, the suspect also tried to give the victim an informal notice to leave.”

The officer’s report also said that the victim’s things were thrown out into the street, but by the time police arrived, she had picked them all up and put them in the driveway. The person who was hurt also said that Brown has two guns in his house.

During the whole thing, Brown reportedly locked himself in his house while police tried to talk to him. Investigators found out that Brown had told her he would shoot her if she tried to get into the house.

According to the police report, the suspect “put an informal eviction notice on the door.” The victim has until November 28, 2022, to pack her belongings and go, according to the notification. “The suspect kept saying that the victim didn’t belong at that house and shouldn’t have been there or been able to get in because she didn’t live there. On the victim’s ID, the address is marked as her home as of October 18, 2022.”

After “many failed attempts” to get Brown to let the woman get her things, the police told the woman to go somewhere else to spend the night. Police say the kids were told they could go back inside the house, but they were too scared to do so.

The next day, Tampa police filed a risk protection order against Brown, which can be done if a person poses a serious risk to themselves or others and has access to a gun. The judge did not agree.

This year, Brown was kicked off the Buccaneers team after leaving the field shirtless during a game against the New York Jets. The time he was a free agent. The Bucs won by a score of 28-24. After the game, Antonio Brown was no longer on the team, according to the team’s coach at the time, Bruce Arians.

Brown lost it in the middle of the game when Tampa Bay was down 24-10 late in the third quarter. He took off his pads, jersey, gloves, and T-shirt while talking to teammate Mike Evans. He then threw the gloves and T-shirt into the stands and walked bare-chested down the sideline and into the end zone. Then, as he ran through the end zone and into the tunnel at MetLife Stadium, he waved to the fans.

Just last month, Antonio Brown was suspended for three games for breaking the COVID-19 rules of the league. He has also had problems with his own behaviour and done strange things in the past.

In the days that followed, he released texts from then-head coach Bruce Arains and Tom Brady’s longtime trainer Alex Guerrero that seemed to show he had been hurt before the game and that was why he left the field in the middle of it.

Brown has also spoken out about Brady while he was going through a breakup with his ex-wife Gisele Bündchen. He did this by sending Brady photos of him and Bündchen hugging on the field after the Buccaneers won Super Bowl LV.

Antonio Brown also played for the New England Patriots, the Oakland Raiders, and the Pittsburgh Steelers. 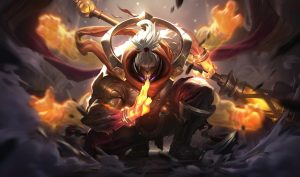 Next post Commercial Loan Truerate Services: What are the most important services it provides?