It’s completely understandable that an individual may find it difficult to wake up early in the morning and go out for exercising. Even going out for exercising during the evening after long tiresome day can prove to be hectic. The good news is that researchers have found a way to change things around.

Habit can prove to be the game changer
A study published in journal Health Psychology’s June 2015 edition pointed out something that makes sense.Individuals who perform the exercise as a habit can easily become consistent exercisers. For example, people who immediately feel like exercising after feeling stressed or those who wake up and go out for running after hearing the morning alarm are often consistent ones.

Many people fail to start exercising because they think it’s like torture or a boring activity that they need to perform for several months down the line. Integrating exercising as a routine activity in day to day life can prove to be extremely beneficial for newbie exercisers.

Repetitive behavior can help in reinforcing the exercising pattern. Once integrated into your daily routine, you would automatically get back to the workout again on the next day.

Iowa State University’s professor of psychology-L. Alison Phillips recently interacted with journalists and shared details about this study. He believes that people should automatically feel motivated to perform exercises as part of their routine. There is no need to look at pros and cons of exercising or make a deliberate attempt to force them to do the same.

Around 123 students from the same university participated in this study. Besides basic questions, participants were also asked about their exercise habits, exercise routine and whether follow their exercise pattern without thinking or avoiding the same.

The study also pointed out that as people start exercising more frequently, their instigation habit/strength also increases with time.

Planning and will power
Planning is very important, so, create your exercise plan and implement it from day one. Perhaps, taking help from Affordable Personal Trainer can prove to be a great decision when it comes to planning exercise routine.
Research has already proved that people with a plan often stick to it and reach their goal on time compared to individuals who do not have a plan.
Will power plays an important role during the initial days. Waking up in the morning or heading to the gym after stressful day at office requires will power. Saying NO to that glass of wine, free cookies or to that tasty cheesy burger also requires the same. Your will power would prove to be your greatest resource for resisting natural temptations as well. Bite off according to your chewing capability. Set goals that are achievable on a daily basis. 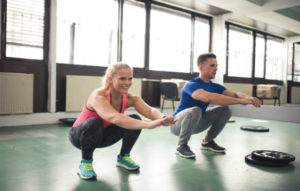 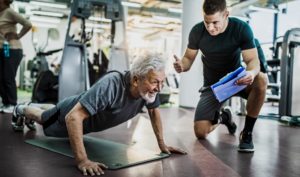 Next post Choose the perfect and the affordable personal trainers available online: